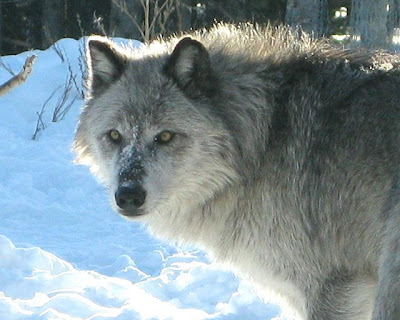 These photos and the video of gray wolves were taken at the Grizzly and Wolf Discovery Center in West Yellowstone, Montana. This wonderful not-for-profit organization, located at the western entrance to Yellowstone National Park, is dedicated to providing opportunities to watch and learn about these magnificent wild animals, which live in large enclosures of several acres, approximating the natural habitat of the high country or a river valley. 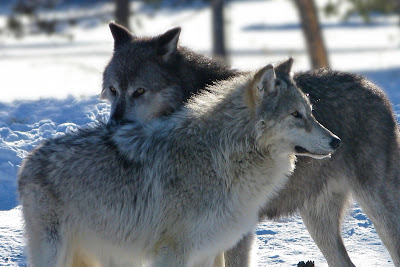 Click on the arrow to play a highlight video of the wolves we saw on a late December afternoon at the Grizzly and Wolf Discovery Center (1 min. 50 sec.). 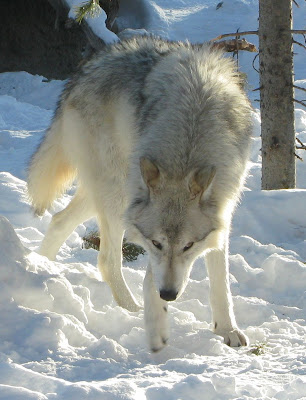 The gray wolf, canis lupus, was once found throughout much of North America. Individuals can actually range in color from almost pure white, to shades of brown or tan, to grizzled gray or black. The light colored wolf above appears almost ethereal against winter snow in the evening light. 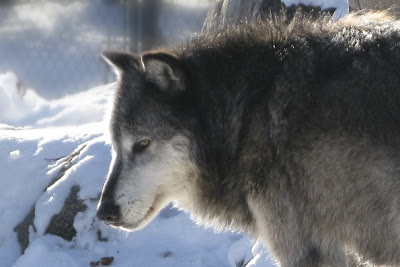 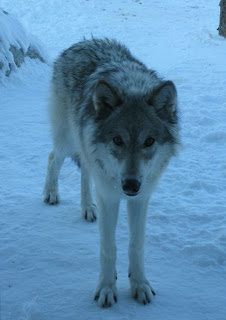 This curious wolf was only about six feet from the camera when this shot was taken through the plexiglass window of the "naturalist hut." Was he contemplating us in our enclosure just as we were viewing him in his?

The two light colored wolves below were very active after being fed, running and checking out all corners of their enclosure, finding new scents and rolling in them on the snow, discovering morsels of food. 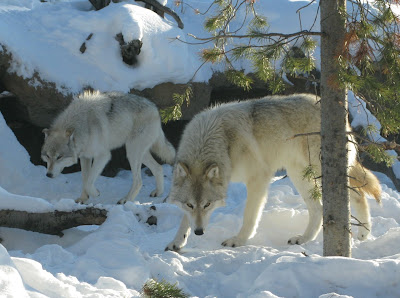 This impressive animal was viewed outside where he was walking the perimeter of his enclosure. A wild beauty in a calm moment . . . but look at those piercing predator eyes! 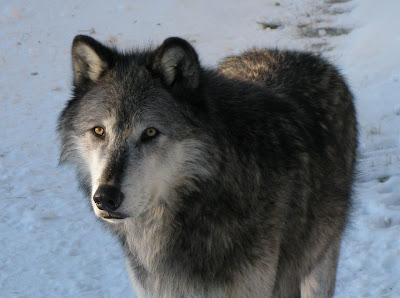 Wolves within their pack are as playful as dogs, romping and tussling with each other. The younger animals remind one of puppies in their mannerisms and behavior as they play with the older animals. 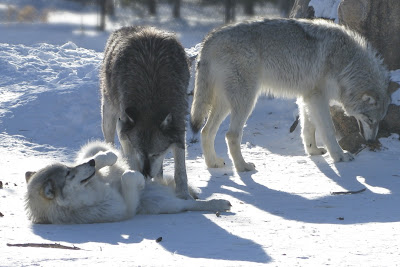